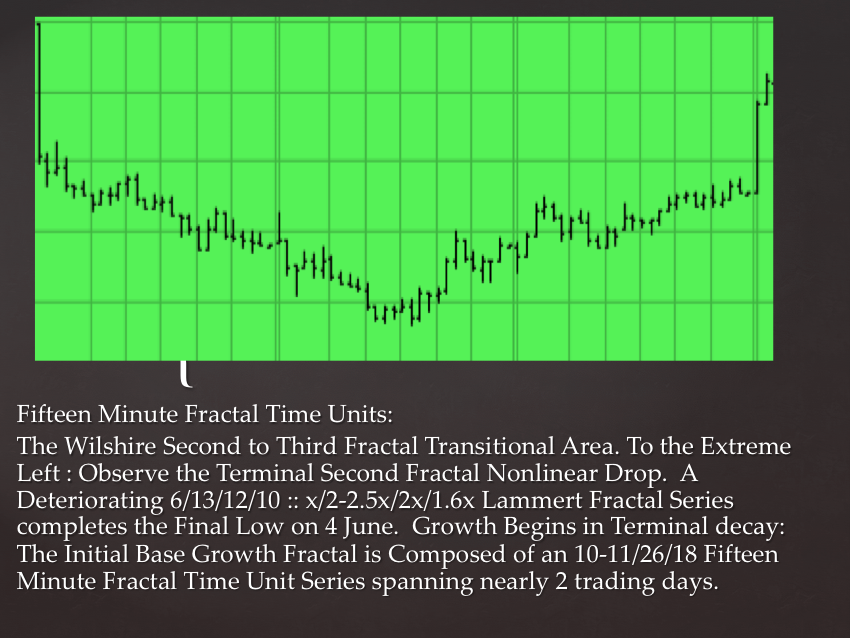 The sub base fractal for the first fractal of the Wilshire’s 4 June 2012 third fractal series is composed of a terminal deteriorating 10-11 then a growing 26/18 fifteen minute units fractal series of x/2.5x/1.6x or 10-11/26/18 fifteen minute units and  is nearly 2 trading day units in length. Notice the similar x/2.5x/1.5x fractal base pattern series of the 4 October 2011 in time units of days and the fractal pattern of the 4 June 2012 in time units of fifteen minute. 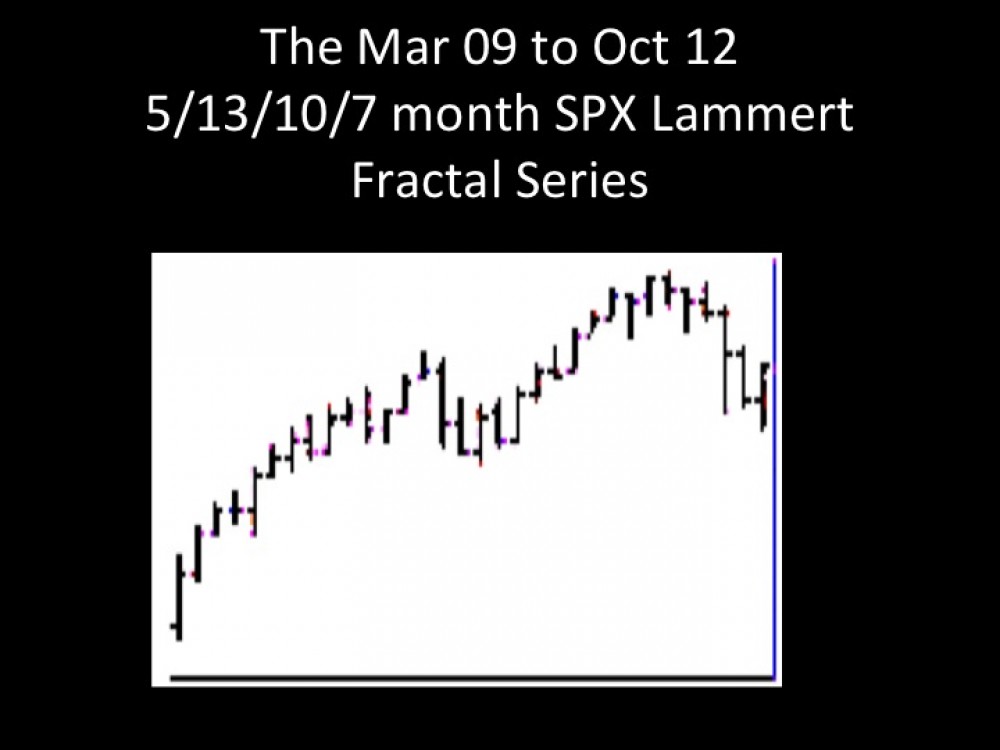 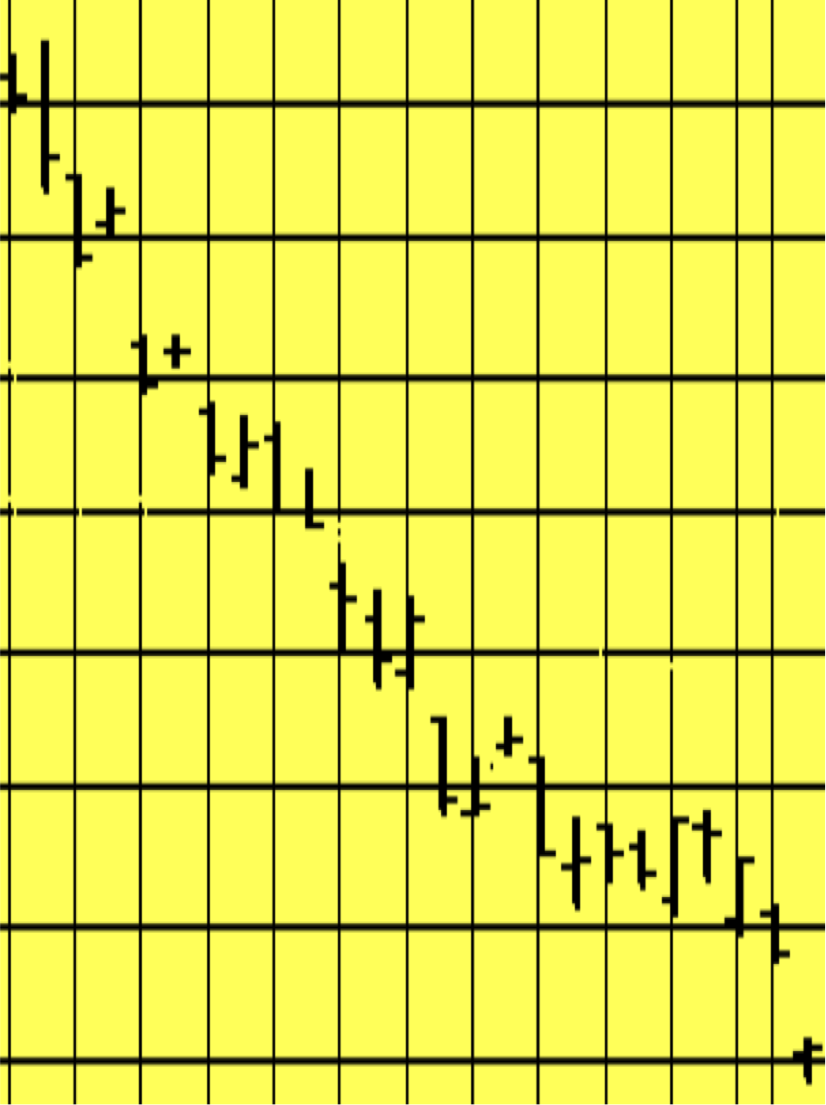