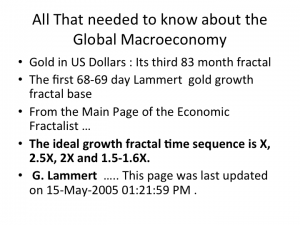 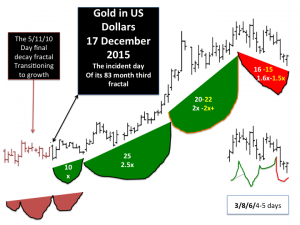 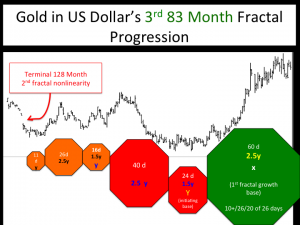 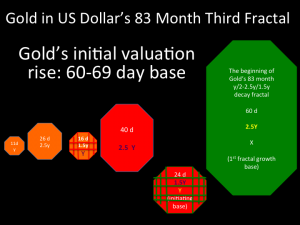 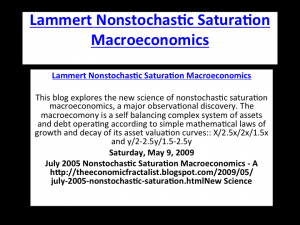 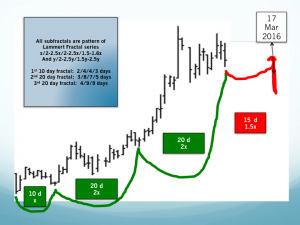 In the the midst of the above longer term deflation, smaller cycles of valuation growth for assets with relatively extreme depression of prices will  perforce occur. Above is the qualitative reason for the precise deterministic fractal quantum growth of Gold in US dollars since its gapped lower 128 month second fractal lows of 3 and 17 December 2015.

The 80 billion Euro a month NIRP QE  program represents the  global central banks’ necessary response to global deflation and inadequate GDP global growth, a requisite for governments to fund promised and stabilizing entitlement programs and to service past debt.

In future years, central bank NIRP will become the solution to the inadequate GDP growth-debt dilemma. With sufficiently negative interest rates, the trend will progress where owners of debt will cash out and become,  defacto, the new lenders. Government debt can then be  eliminated (and expanded to further finance citizen retirement and other agreed upon entitlement programs) by transferring the residual credit owed to NIRP bond holders …  in paper, platinum stamped 250 billion dollar coins, or more  simply computer one’s and zero’s.