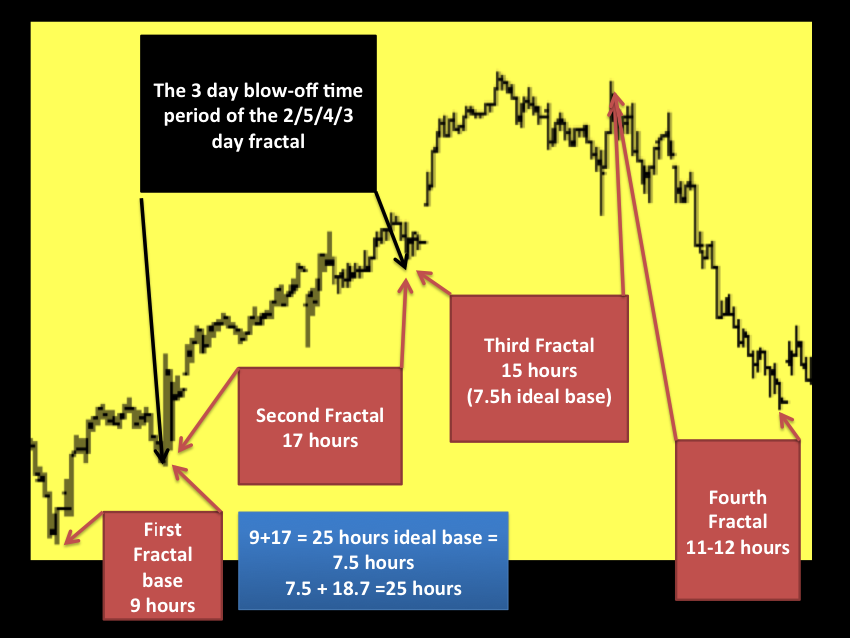 The incipient evolution of the 4 June 2012 third fractal of the 4 October 2011 54 day base fractal shows within its fractal progression that an equity blow – off pattern will occur (and finish):

and the 1789 US two phase Lammert growth fractal series.

But it is the mathematical fractal pattern development that shows a blow-off in  US composite equities is coming the end of June and July, August, and perhaps early September. See the previous posting for the initial 2/5/4/3 day Wilshire blow-off.

The incipient 4 June 2012 third fractal is composed of two conjoined and interpolated Lammert fractal series. The first is a blow-off series of 2/5/4/3 days.
A underlining slope line is curvilinearly up, that is, the slope line from day 1 on 4 June 2012 to 21 June 2012 does not contain all of the intervening valuation points.
The final 3 day blow-off of the 2/4/5/3 day fractal which represents 17 trading hours was the second fractal of an interpolated 9/17/15/11-12 hour fractal series.

This combined interpolated series completes a 15 day (first day is upgoing in valuation) base fractal (note the underlying slopeline from day 1 to day 15 contains all intervening valuation points)  with an expected blow-off sequence of 15/30/16-30 days :: x/2x/1.1x-2x.
Look for a nonlinear drop on day 30-31 of the second fractal. The third fractal should start thereafter. The peak valuation time frame is still the end of August 2012 or early September 2012.

It will likely be bested. 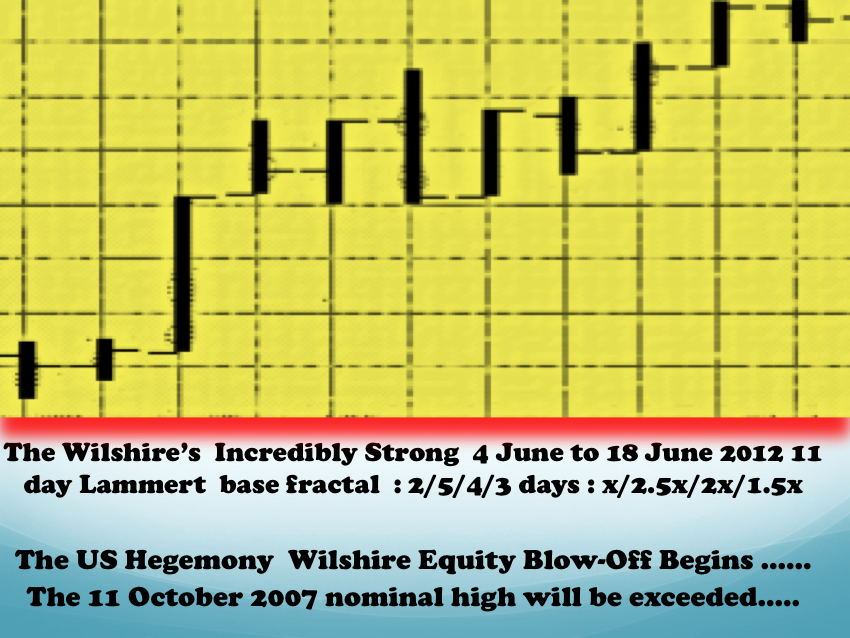 Observe the fractal pattern predicted 2 postings ago for the Wilshire. This is an incipient blow-off of that predicted 11 day base fractal.

A completed base fractal of 11 days for US ten year debt?