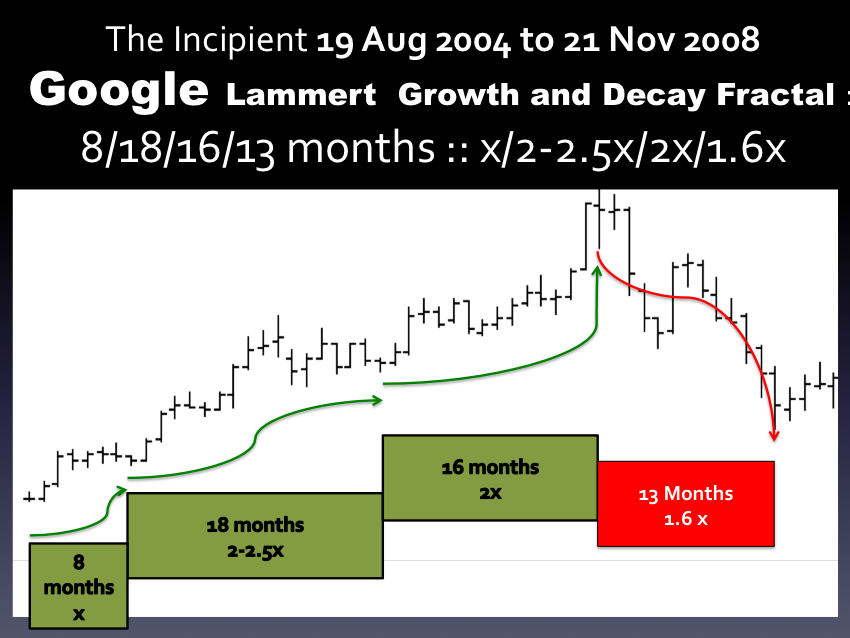 IT is the the deterministic process of asset-debt saturation macroeconomics.

“The ideal growth fractal time sequence is X, 2.5X, 2X and 1.5-1.6X. The first two cycles include a saturation transitional point and decay process in the terminal portion of the cycles. A sudden nonlinear drop in the last 0.5x time period of the 2.5X is the hallmark of a second cycle and characterizes this most recognizable cycle. After the nonlinear gap drop, the third cycle begins. This means that the second cycle can last anywhere in length from 2x to 2.5x. The third cycle 2X is primarily a growth cycle with a lower saturation point and decay process followed by a higher saturation point. The last 1.5-1.6X cycle is primarily a decay cycle interrupted with a mid area growth period. Near ideal fractal cycles can be seen in the trading valuations of many commodities and individual stocks. Most of the cycles are caricatures of the ideal and conform to Gompertz mathematical type saturation and decay curves. “

Since 2009 the US Private Central Bank has done what it could and even more with on the books QE debt innovations in stabilizing an asset-debt system primarily distorted by the Financial Houses and their new SIV and CDO debt leverage inventions.

Unlike the the Financial Houses, the US Private Central Bank, a 100 year old creation by the owners of the Financial Houses, has recently created money that has been traded mostly for US citizen’s work and product creation and used by citizen’s to maintain payments on real estate. Additionally the private central bank has supported the natural trend of progressively lower trending interest rates to allow continued payment on bad debt and de facto time for liquidation of debt on overvalued assets.

Real estate, the primary source and store of wealth for the common citizen, had its valuation and production greatly distorted by the Financial Houses’ SIV’s and CDO’s, the federal governments GSA debt activity in which the financial industry profited, and by the Massive Failure of the private bank’s former chairman who was either obtuse with respect to the earlier bubble just peaking in 2000 and collapsing in 2003 or was in outright collusion with the Financial Houses.

Reduced salaries at Hostess might have been acceptable if the cost of real estate had grown within the model of earlier lending practices and interest rates.

The Financial Industry’s total debt reached 17.1 trillion in 2008, more than the individual sectors of total private citizen debt, private business debt, and combined state,local and Federal debt: 13.7, 11.5, and 9.1 trillion respectively. To say the Industry made money from money changing is pejorative but not inaccurate. 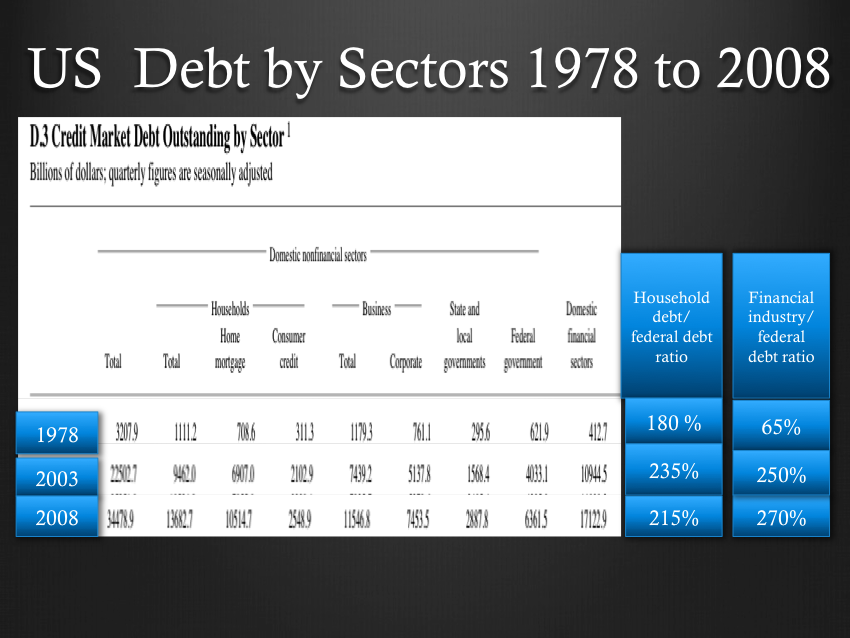 The natural hegemonic progression to concentration of wealth, legislators owned by the wealthy, legislative and tax rule changes to favor the wealthy and trans generational wealth transference, and the manipulation of the currency to produce asset bubbles from which the wealthy can leverage their speculative positions is as qualitatively inevitable as is the quantitatively progressively lower and lower Sovereign debt interest rates representative of a hegemonic asset-debt system at a nonlinear saturation point: saturated with too many produced assets, too overvalued of assets, too much bad debt load which can not be repaid, and too little demand for new private debt, the latter dependent the preceding three conditions.

Underlying all of the easily observable timed based quantum fractal progression of the countervailing asset classes is the accumulation of bad debt to a maximum and natural saturation point that has at the critical time period integratively factored in progressively lower interest rates and partial liquidation of bad debt on overproduced and overvalued assets. 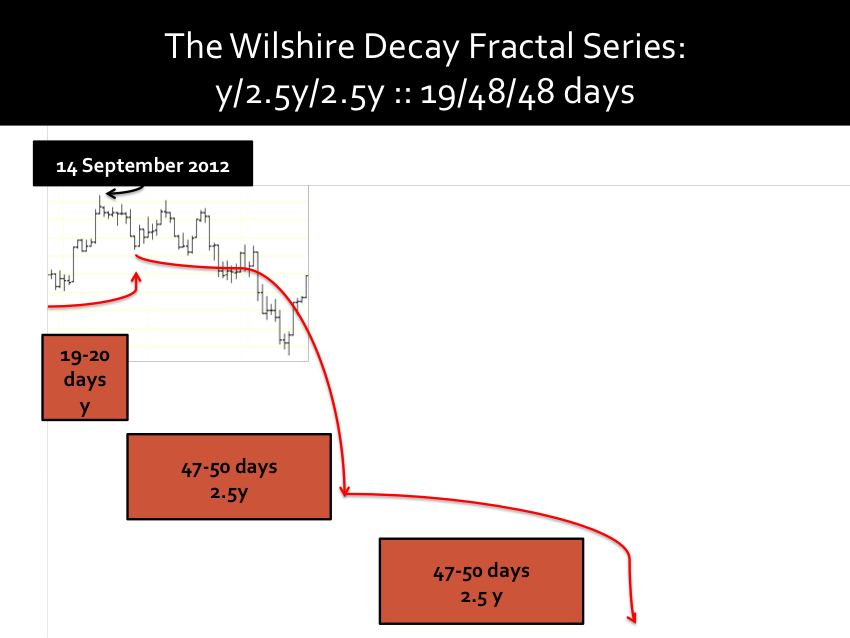 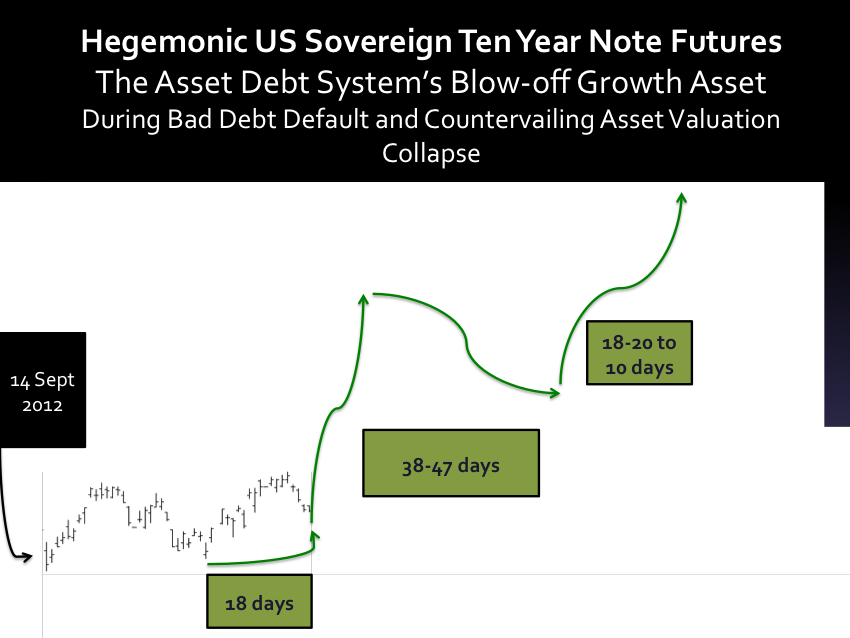 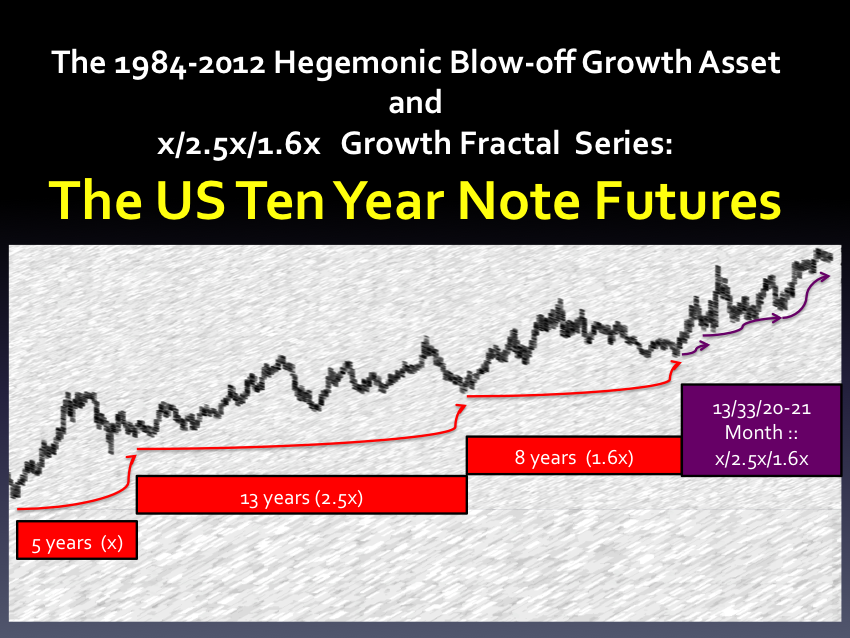 The Best Asset in a Globally Collapsing and Liquidating Bed Debt Asset-Debt System : The Hegemonic US Long Note and Bond

The tax rules established by the owned legislators of the Elite enormously favor forced speculation in commodities and equities. During bad debt liquidation, both the total value of all the system’s assets denominator is reduced and demand for ongoing consumption is reduced resulting in collective devaluation of all the asset-debt system’s assets with the exception of the Hegemonic Sovereign Bond which will always be repaid and increases in value relative to other asset-system’s declining asset valuations …. 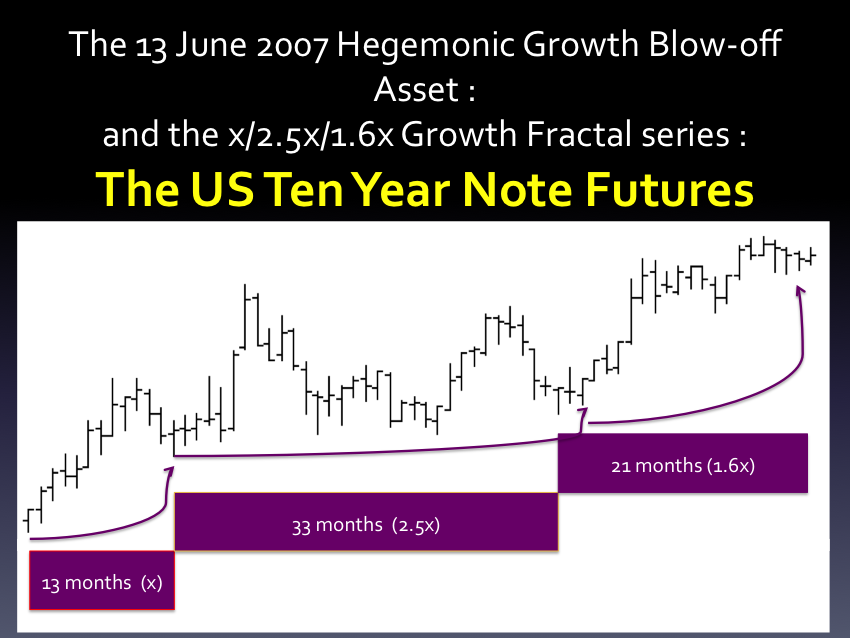 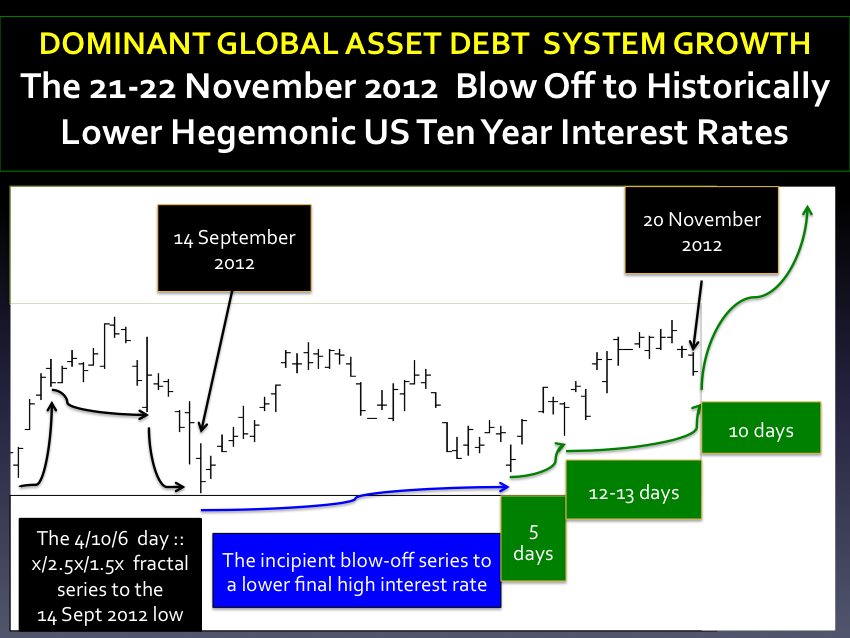