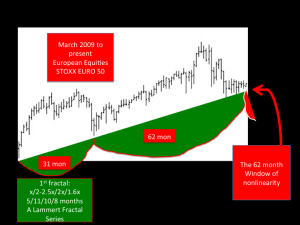 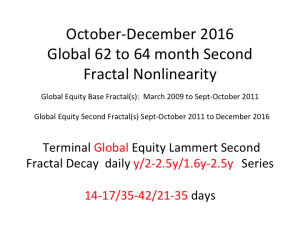 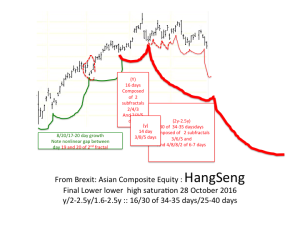 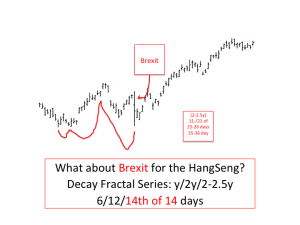 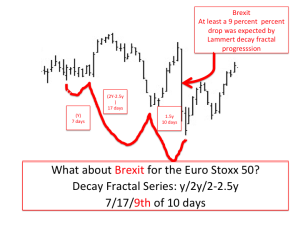 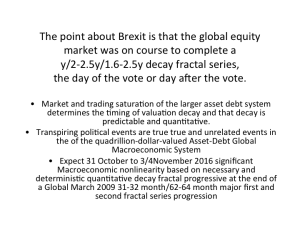 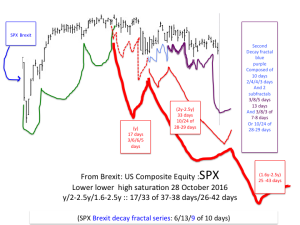 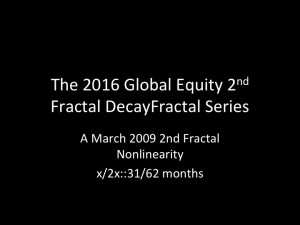 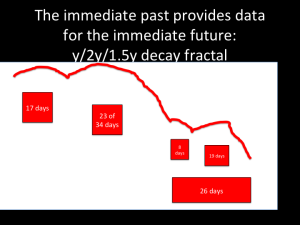 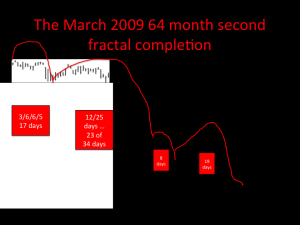 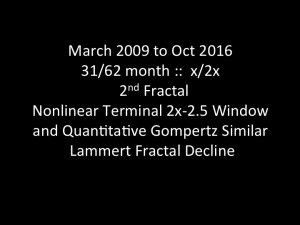 In Musings about an Economic Fractalist ( http://angrybearblog.com/2008/10/musings-about-economic-fractalist-and.html) the 2008 global equity-debt valuation collapse was transpiring and in its nonlinear phase.

From a qualitative fractal perspective, this time period was interpreted as the nonlinear 150 year 2-2.5x window  2nd fractal correction of a  70/150 year US equity(and analogous precursors) first and second fractal series.

Fractal groupings by their (fractal)nature are interpolative and intrinsically subject to mis-grouping.

The Emergency Stabilization Act of 3  October 2008 conceived and passed within the time span of  a few days  by the US Congress’s panicked solid consensus  proved the above statement to be exactly incorrect:  debt was exactly rolled over by further sovereign debt. This money-debt expansion was replicated by the other sovereigns and their central banks on a global scale …

Since 3 October 2008, a new Asset Debt  MES paradigm is solidly entrenched  whereby operating sovereigns with real citizen based economies can and will  expand debt (efficiently placing 1’s and 0’s in electronic accounting ledgers) to meet the contingencies caused by citizen and market debt based saturation and sequential nonlinear Gompertz declines and to provide the necessary debt-ledger based monies for periodic infrastructure  reestablishment, other consensus useful societal endeavors(particularly useful after natural saturated market nonlinear fractal  declines)  and  for reasonable social entitlement programs.

All sovereigns and  sovereign collaboratives with national or collaborative central banks and currencies  have the 3 October 2008 mandated QE and facile financial engineering ability to create unlimited money-debt to support the MES.  The strength of relative currencies qualitatively is/will be based on the amount of the particular currency in global circulation(a current US solid advantage ) and the periodic and sovereign relative expansion of debt-money  to produce consensus societal useful items {solar energy, LENR energy (if commercially developed), infrastructure and transportation innovation, mass (home-based) quality education, cultural divergence cooperation, and reasonable and fair citizen entitlement programs – the latter as free of gaming and fraud as possible and ideally based on the individual’s societal useful and work history contributions.

Additionally and significantly, going forward, sovereign and collaborative military expenditures will be a substantial part of the sovereign money-debt expansion and jobs creation. 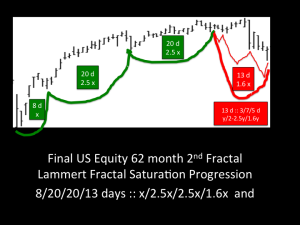 The current quantitative fractal Gompertz US and European Composite Equity decline appears to be composed of a y/2.5y/1.5y  decay fractal series with the current completion of a first fractal (13 days) and a partial completion of a second fractal of 33 days:  13(3/7/5)// 15 (3/6/8)  with a final lower high of composite US and European Equities on the 8th day of a x/2x/2.5x (3/6/8) growth fractal series occurring on 5 Oct 2016 for US equities and 6 Oct 2016 for European equities. 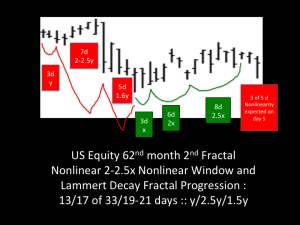 Does the patterned behavior represent an exact science for the Global MES?