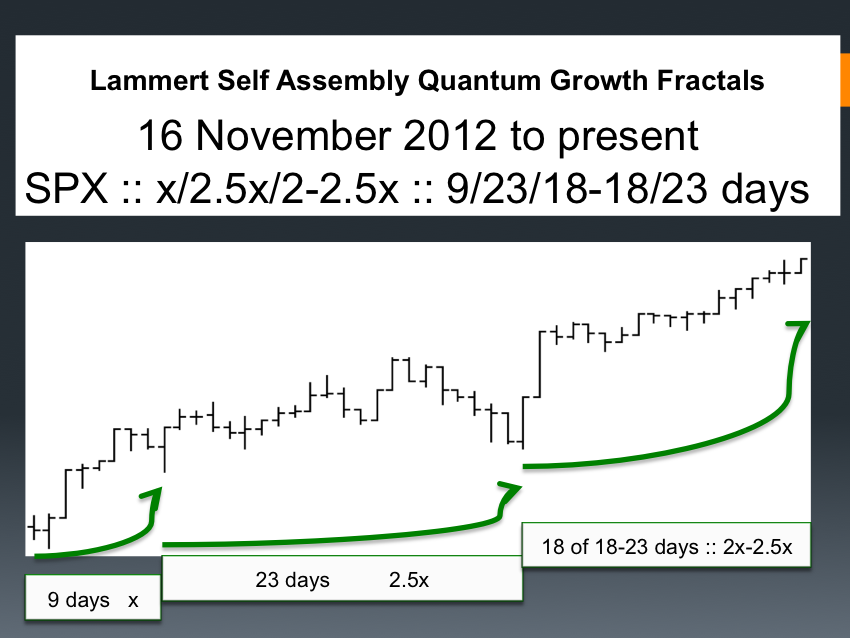 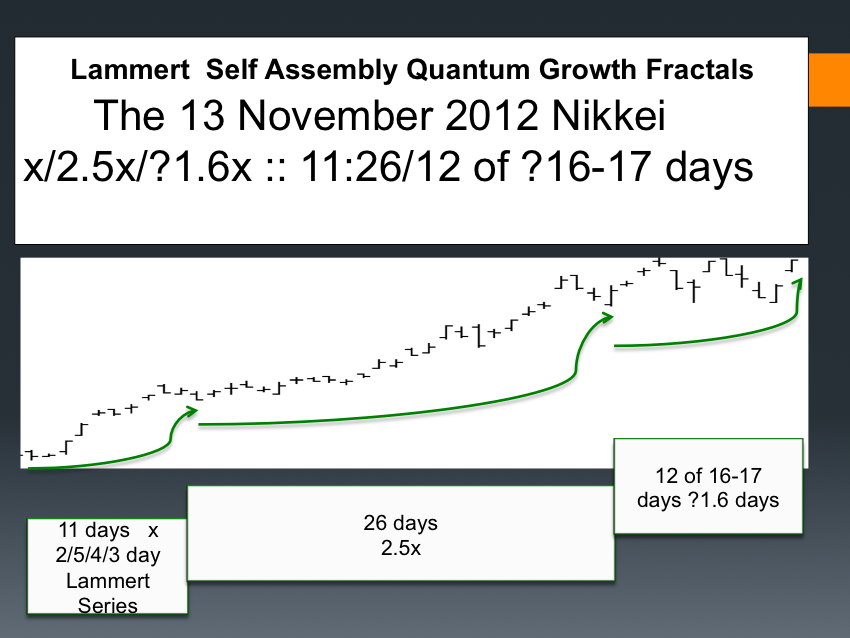 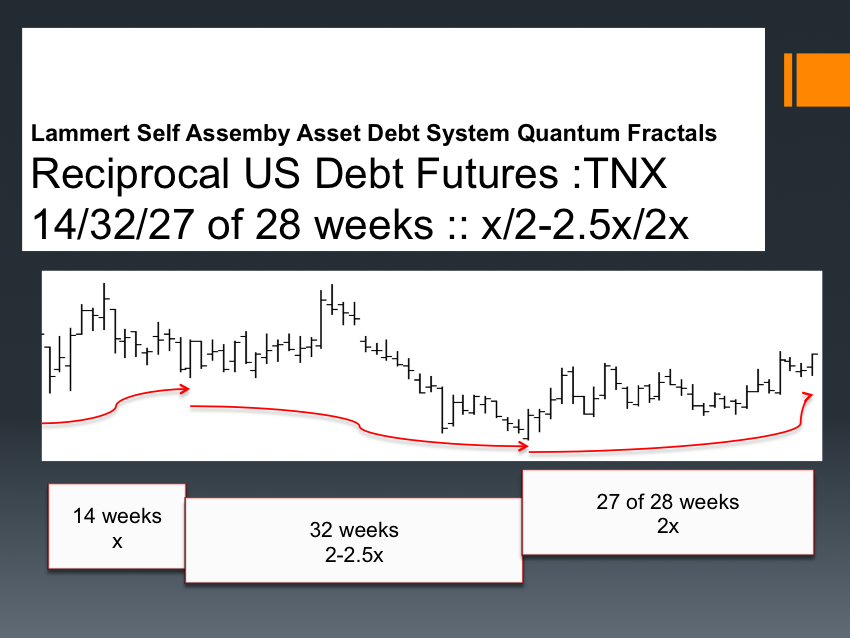 Under the umbrella of US and international central bank QE and equivalent system support and with global tax advantaged equity laws, equity bubble growth will tend to grow to its ideal maximum saturation point and potential investor population depletion area : x/2.5x/2x-2.5x – before collapse.

For the directed purpose of increasing personal money equivalents, is it best to speculate in the equity market or save in the banks or bond market?

Some 200 years of US tax rules of the asset-debt system created by and for the rich elite and financial houses through their political proxies, are biased and strongly weighted in favor of speculation in the equity market. Among the tax laws subterfuge justifications is that money invested in the equity markets represents aftertax money and should not be taxed twice. As well presumptions are made that speculation in the equity markets adds a force in promoting new industry and provides incentives in venture capital lending from private and commercial financial sources.

On the hand, while governments enact sales tax on the exchange and purchase of items in the private sector or excise taxes on imports which also involve increased aftertax dollars of cost to the purchaser – there is no similar sales tax for the rich who purchase speculative items in the equity market.

Likewise money placed in private banks earning a pittance of interest have no such aftertax ‘investment’ advantages,   Central bankers who bemoan the US citizens’ saving rates have failed to address the inconsistency between equity and savings ‘aftertax’ investments.

Ultimately, tax advantaged subterfuge arguments for equities are not contested because there is no significant oppositional congressional interest or spokespeople purality to promote what is good and fair for the general health of the asset debt system. These biased tax rules created the lever for progressive wealth concentration in the elitely rich. There is, however, the incentive to become reelected and other concessions are made to the voting public. Interestingly, the recent oppositional force to these concessions began in Wall Street who formed and funded the Tea Party.

From 1982 until 2000 growth in the equity market increased about 1300 percent during an era of falling Volcker induced high interest rates, Reagan record deficit spending, and the internet-cable new technology speculative bubble and associated malinvestment rapid debt growth. The 30 month decline in the equity bubble from 2000 to 2002/2003 similar to the decline time from 1929 to 1932 left the S and P composite Equity valuation 40 percent lower.

In the late 1990’s and early 2000’s an incestual marriage of the US treasury, central bank, the executive branch, congress and the financial houses colluded in deregulation of financial house leverage rules, repeal of Glass-Steagall, and the promotion of easy credit GSA lending, causing the rapid debt-leveraged expansion-creation of the housing bubble with the US financial industry sector having over 17 trillion dollars of speculative outstanding debt in 2008.

The US financial sectors’ collective debt had grown 3 times as fast since 1980 as the total citizen’s debt and had superseded it by 6.5-7 trillion dollars and – without a redeemable tax source, other than the houses’ owned politicans, to immediately bail them out of their speculative debt positions with US citizen’s tax based collateral.

With the declines of the equities from 2000 to 2003 and 2007 to to 2009, the profits of the elite CEO’s on Wall Street remained strong, shorting and putting the market and defrauding the small investments of trillions of dollars of equity worth.

In January 2013 the equity bubble supported by advantaged tax laws and necessary QE programs by the central bank with 3 trillions dollars of exnihilo (but necessary) created ledgered debt  is proceeding to its maximum growth valuation time era .. and in a Lammert quantum x/2.5x/2x-2.5x fractal growth manner.

At its fundamental citizen consumer base, the quadrillion dollar equivalent global asset-debt macroeconomic is saturated with debt, overproduced and overvalued assets, and depleted of credit worthy new debtors.

Paradoxically without central bank intervention in ex nihilo buying US bonds, US interest rates may have been much lower at this time as the asset debt system would have collapsed faster with faster collapse of real estate prices.

Under the umbrella of central bank QE system support and with the tax advantaged equity laws, equity bubble growth has grown to its maximum saturation point : x/2.5x/2x-2.5x – before collapse. 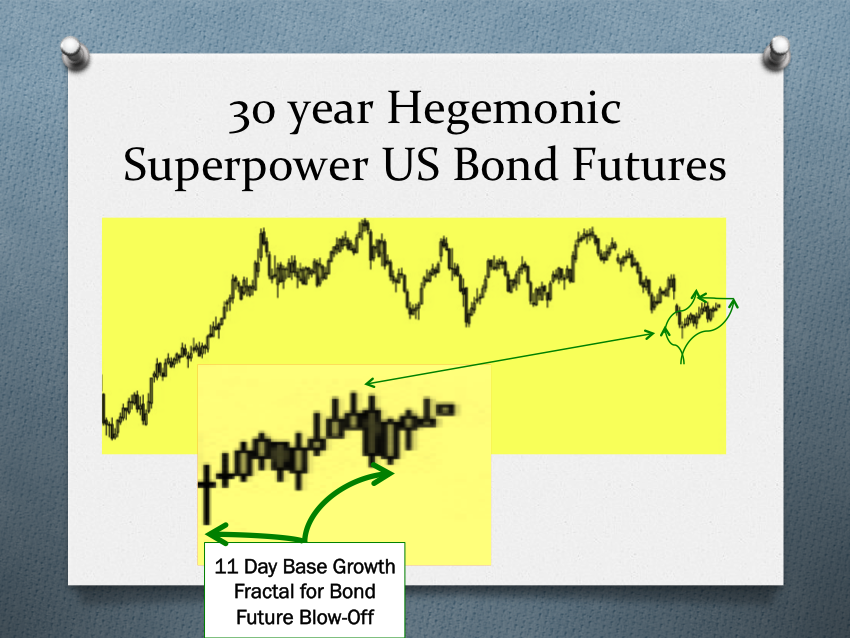 The world’s banks are in defacto currency wars: printing money against national deflation and national nonlinear bad debt default. They must; the debt asset system is globally saturated with debt and assets; unemployed youth, and the entitled elderly with otherwise nonredeemable legislative promises – even for tax earmarked and paid entitlements. In theory, with Parker Bros’ money, the global system could be propped up with the central bankers and financial industry at the center of the hub, making profits with nearly complete indemnity for all overt and covert fraudulent activity. Borrow or lend money at 2-3 percent to speculate in the equity or food commodity markets? Eventually the poor use of the exchange medium and the damning imprudent aspects of debt creation will spawn sufficient artificial speculative malinvestments that will overcome the real economic system of real people trading their real labor for the asset-debt exchange mediums just to survive….
But this is bit in the future…. first, the countervailing hegemonic Superpower US Bond future’s blow-off.
In this time of 11 October 2007 equity euphoria, expect the unexpected….

The velocity of money creation in the US is plummeting in spite of the defacto Real Bill Doctrine of the Federal Reserve.

Money in a healthy asset-debt system is created by private consumer and business new debt creation based on private demand and the wherewithal to borrow money based on wages and produced products or services.

2013, as in 1929, represents a saturated asset debt system with too many produced assets, too many over owned overvalued assets, too much debt saturation of the potential borrowing population, and not enough system demand to go forward without the assistance of deficit federal spending via money creation by the private central bank. 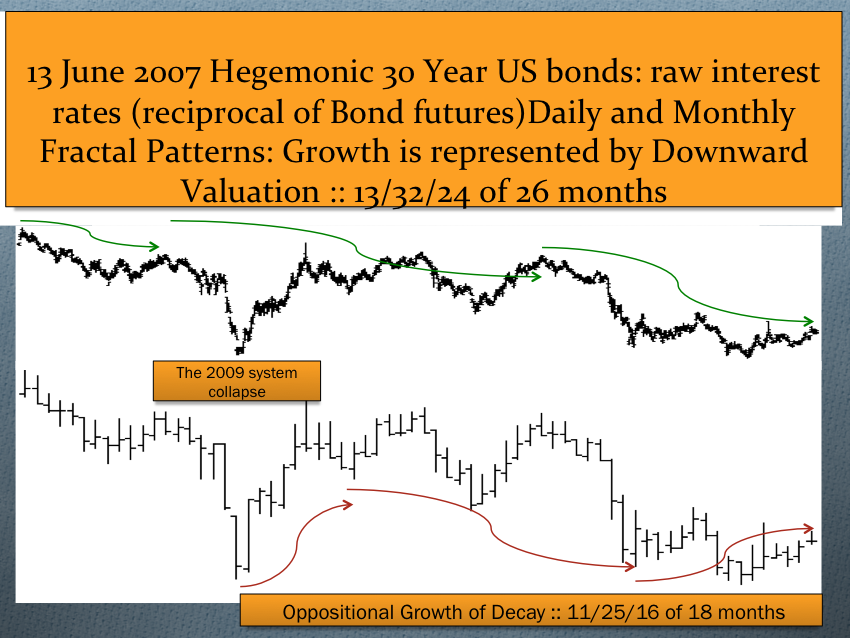 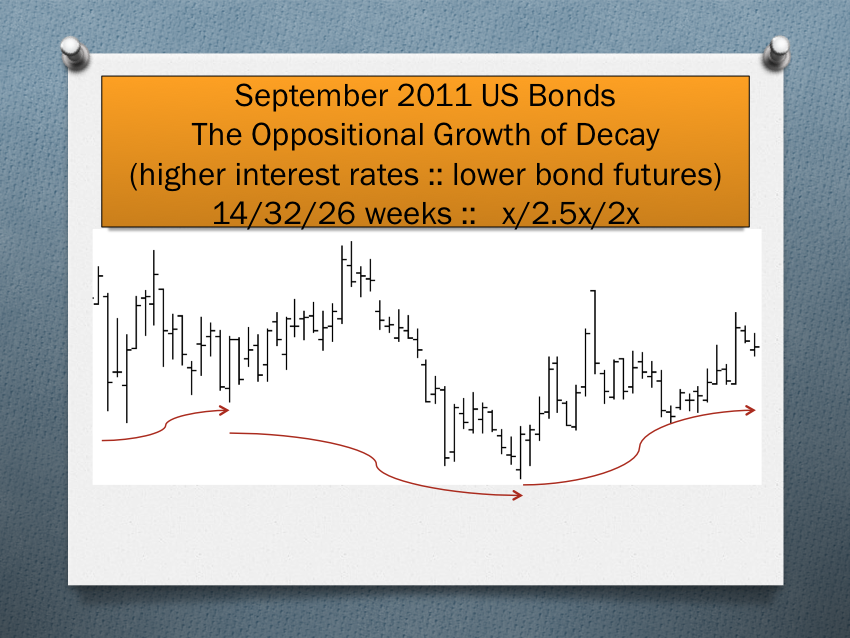 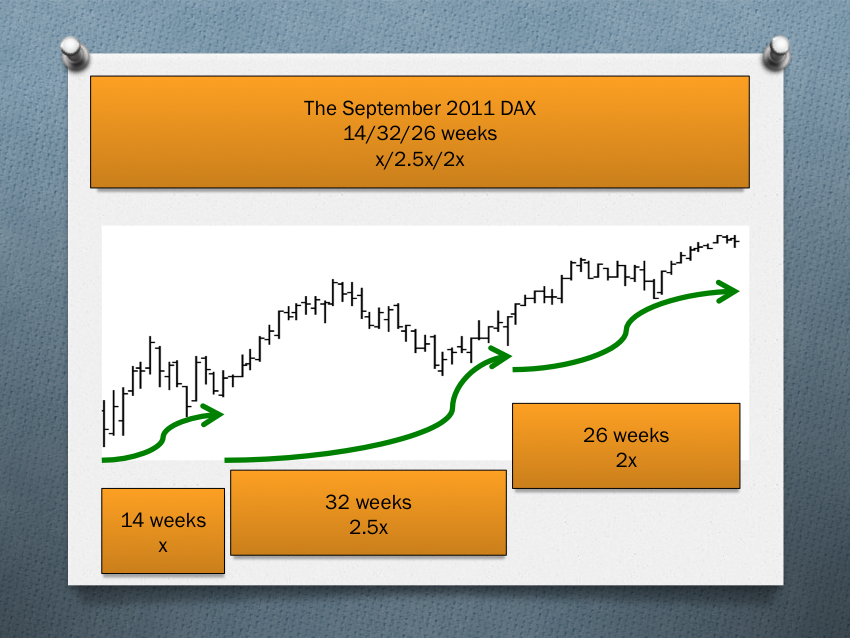 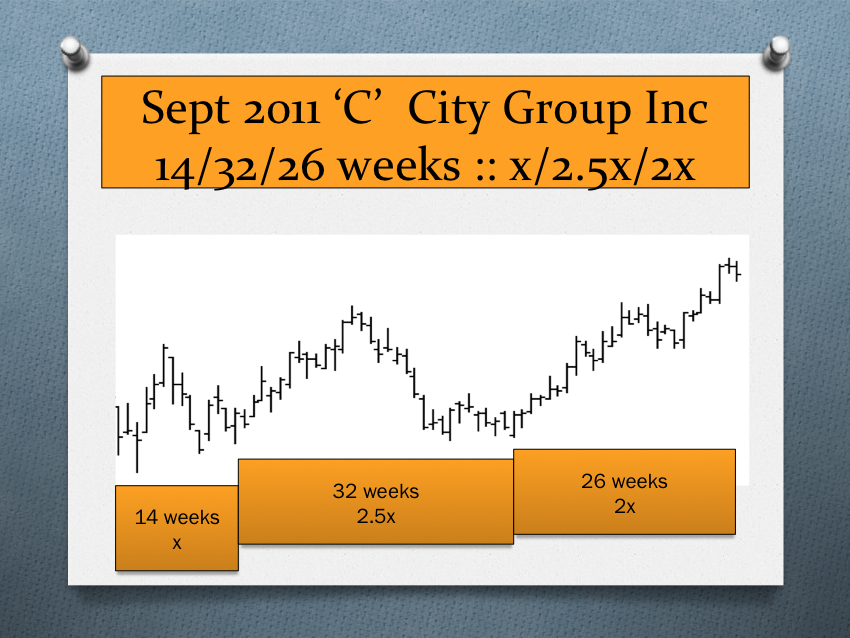 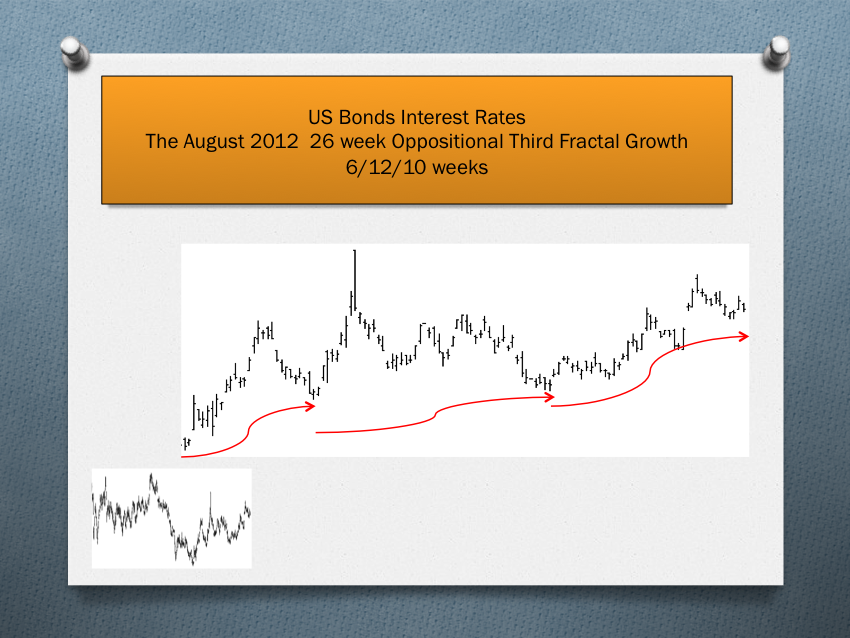 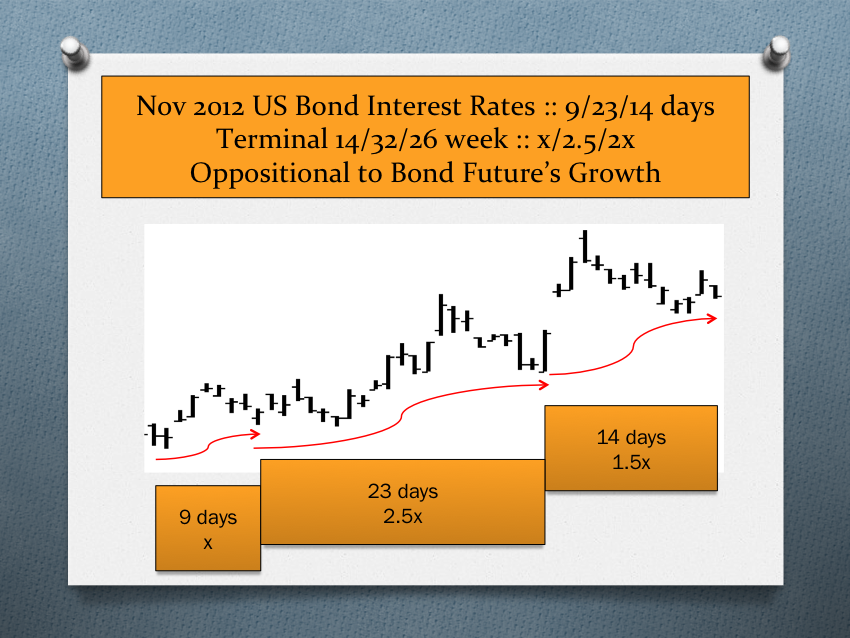 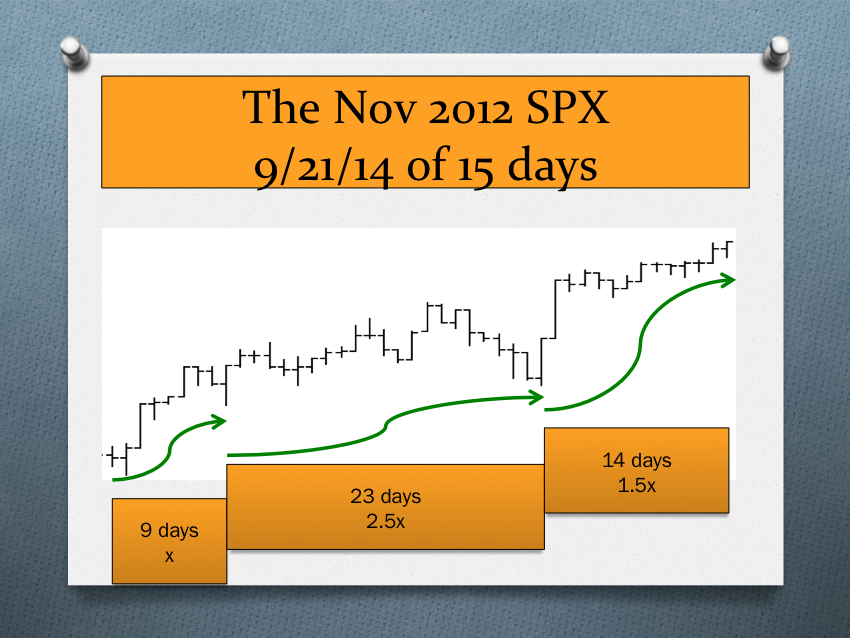 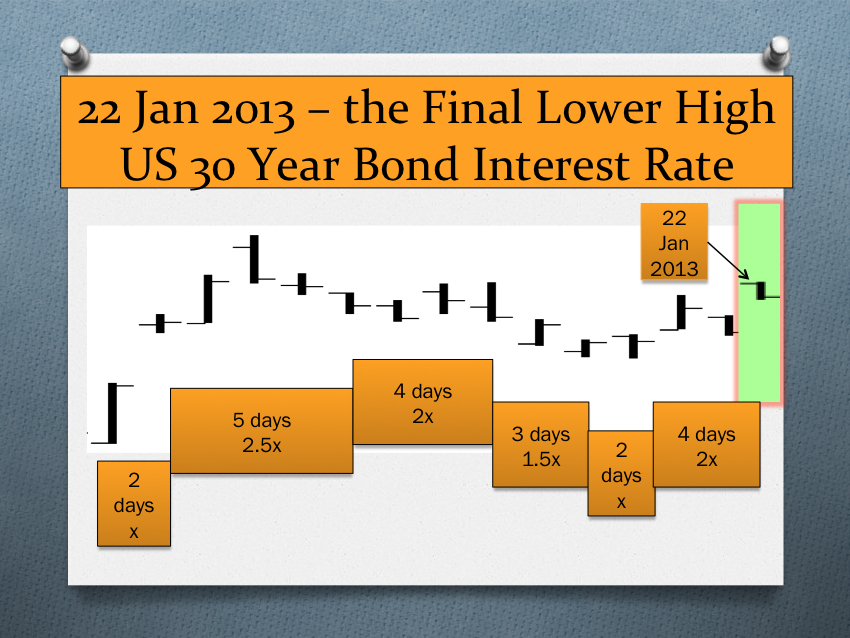 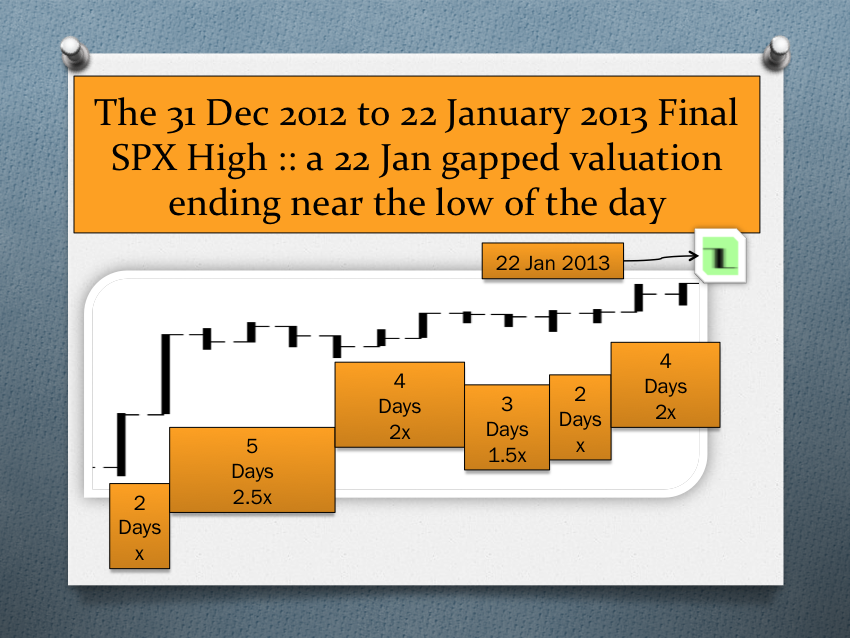